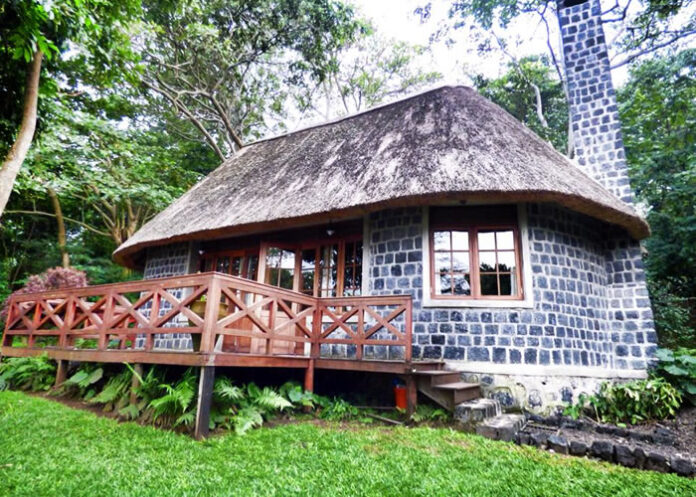 Mikeno Lodge, perched deep in Virunga National Park, can best be visited during the dry season. However, the lodge is visited all-year-round and it is open throughout the year for the guests.

The dry season is the best to visit Mikeno Lodge simply because the forest of Virunga is dry and penetrable making the gorilla treks easier and joyous unlike in the wet/rainy season where the forest is too wet and soaked, thus making the activity really awkward.

Virunga National Park together with Mikeno Lodge are perched in the eastern part of Democratic Republic of Congo which comprises of dense forests that enable the all area to get frequent rains throughout the year.

Therefore, it’s better to travel during the driest months of June to September and then December to February.

During those dry months, tourists travel in greater numbers (peak season), hence if you are to move in any of those months remember to consider advance booking such that you don’t miss out your long-awaited trip.

Furthermore, Democratic Republic of Congo has got a raised topography which means that climate is cool, thus traveling in the dry months is more rewarding because the gorillas normally move down to feed in the low altitudes of the Park.

The wettest months are November and then March to May of which in these months the rains are too heavy.

However, plain-speaking you can visit Mikeno and Virunga at any time of the year you feel like because nowadays the weather itself is unpredictable as it can even rain in the dry season and also find that you see sunshine in the rainy season.

To cut things short, the season should not limit you from visiting Mikeno and Virunga National Park because the experiences are relatively the same, and in rainy season it can even be more enjoyable.

In the low season, rainy season, you will get best deals both on permit and accommodation which will see you saving some money compared to the peak season where things are quite costly.

Normally, a gorilla permit of Democratic Republic of Congo is the cheapest but in the low season it will again drop to a more truncated price than its usual price.

The muddy trails in the rainy season will also offer another experience ahead of the gorilla trekking experience itself.

Therefore, do not fear to visit the Mikeno Lodge and Virunga at any time of the year because of just the season, reason being that each season comes with its own advantages and disadvantages.

In addition, it is not that during the rainy season it will be raining on a daily basis and also when it rains still it won’t rain the entire day, it will rain and stop and then you head in the forest for the fascinating trekking expeditions.

In fact, the low season is more convenient for people who love privacy since there will be few visitors trekking.

All you need to do is to travel when you are well equipped; move with clothes for both rainy and dry seasons, such that you are on a safe side.